Adonai, which is plural word,  is derived from  the singular Adon which means “Lord”.  In the Bible, this plural form is only used for God.   This term was pronounced in substitution of YHWH.  Jewish tradition considered God’s Covanant Name too sacred to be uttered, therefore Adonai was used instead.

When this Name of God, “Lord”, is translated  in the English Bible, it is spelled  with a capital letter “L” in the beginning and the rest of the letters (“ord”) in lower case.  Additionally, Adonai  is used when God is seen dealing  with the Gentiles.

The singular form, Adon, is used in the Bible as a title for royalty,  an important person, or an angel.  In that case, it is spelled using all lower case. (lord).

Application:  God is the Master and majestic Lord.  God is our total Authority.

NLT:
I said to the Lord, “You are my Master! Every good thing I have comes from you.”

NOG:
I said to Yahweh, “You are my Adonai. Without you, I have nothing good.”

“Adonai, Your Name is Holy. Your Name is above all names.  You are Holy and above and beyond all creation.
I am awestruck and at a loss for words as I consider Your Holiness and am filled with wonder and amazement as I see Your Power and Handiwork in creation.
My sin and failings are in stark contrast to Your Holiness and I see my need for forgiveness and my need of a Savior.   I  am amazed that You, Adonai,  in Your Grace, made a way for forgiveness and a way for me me to come to You through Jesus.
Adonai, I am thankful.  Amen” 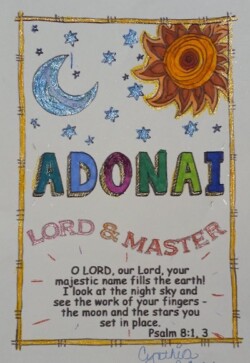 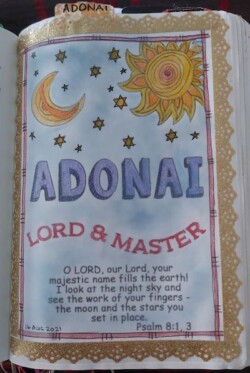 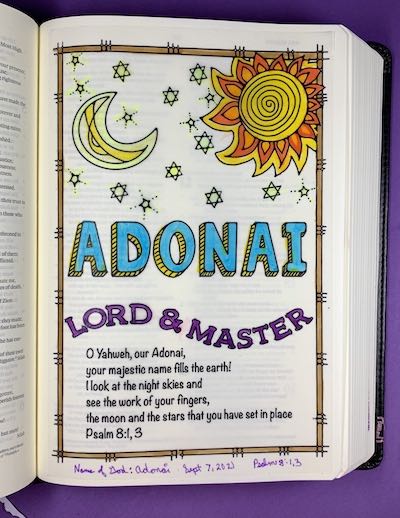 Listen to the song “Adonai”, by Paul Wilbur 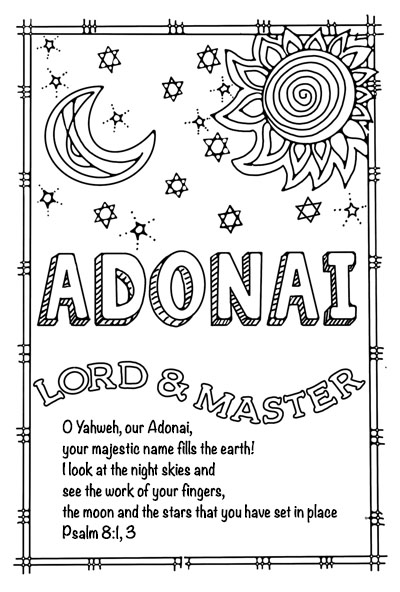 The Names of God
By Ann Spangler

A 52-week workbook study focusing on the names of God and Jesus. Provides background information, key Scriptures, questions, and a brief list of passages for further study.

Praying Through the Names of God
Soft Cover, Tony Evans

Evans shows how to revitalize your prayer life by connecting your needs to a specific divine characteristic. 144 pages
