“Creator, All Powerful One”

Elohim is a Hebrew word that denotes “God” or “god.” It is one of the most common names of God in the Old Testament, starting in the very first verse: “In the beginning [Elohim] created the heavens and the earth”.

The name Elohim occurs over 2,500 times in the Bible. The basic meaning behind the name Elohim is one of strength or power of effect. Elohim is the infinite, all-powerful God who shows by His works that He is the creator, sustainer, and supreme judge of the world. He is transcendent, mighty and strong, the majestic ruler over all.

Elohim is the plural “El” and its’ use as the first name of God foreshadows the later revelation of the triune Godhead – Father, Son, and Holy Spirit. The singular El is often used as part of a longer name. El Shaddai, for example, means “God Almighty”; El Elyon means “God Most High” and El Roi means “God Who Sees”.

Application: God is the all-powerful creator of the universe. God knows all, creates all, and is everywhere at all times.

ESV: “In the beginning, God created the heavens and the earth.”

NOG: “In the beginning, Elohim created heaven and earth.”

“Elohim, You are the Mighty Creator of the universe and all that is in it.

I PRAISE You, Elohim, for creating me as a human and never leaving my side as I grow and learn.

I ask Your FORGIVENESS, Elohim, when I take my life and Your creations and Your Blessings for granted.

I ADORE You, Elohim, and I am filled with awe when I think of Your Power.

I THANK YOU, Elohim, for being the All-powerful Creator that You are. Amen & Amen” 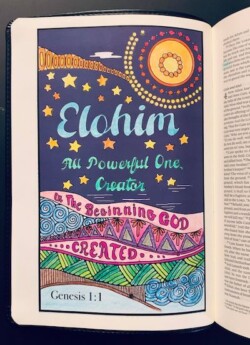 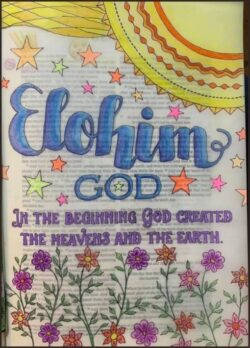 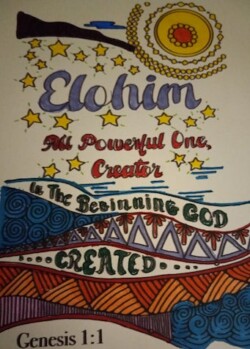 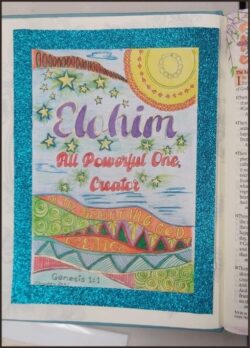 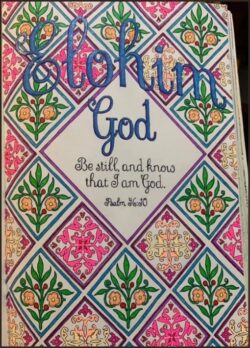 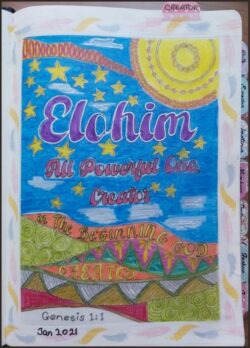 Learn more of  “Elohim” in this animated video!

Listen to the song “Elohim”, by Hillsong 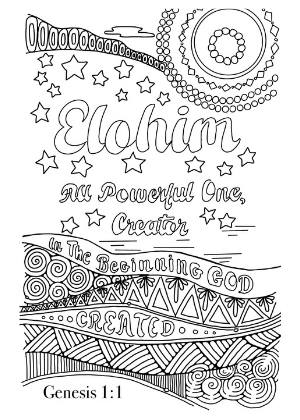 God's many names reveal not only different dimensions of his character but also point to their fulfillment in the person of Jesus Christ. Working through the Old Testament, 144 pages.

Drawing Strength from the Names of God
Hardcover
by Catherine Martin